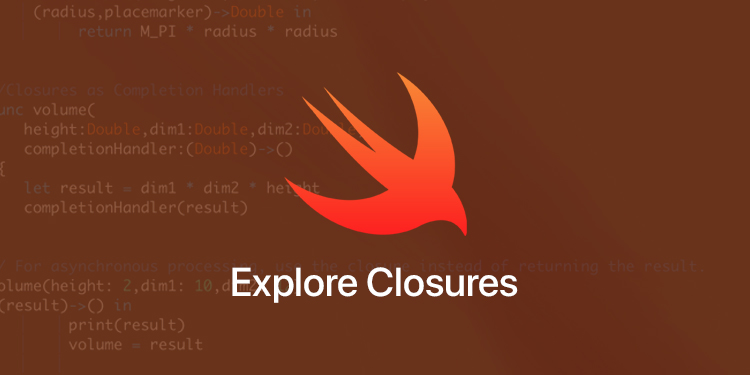 Closures are self-contained blocks of functionality that can be passed around and used in your code. Closure expressions are a way to write inline closures in a brief, focused syntax. Closure expression gives some syntax optimizations in a shortened form without loss of any clarity or intent. Swift’s closures are similar to blocks in C and Objective-C. Closures are able to capture and store references to any constants and variables from the context in which they are defined.

The key advantage of swift’s closures is the memory management, so the developer doesn’t have to take care of it. In excess of, swift’s closures have a clean, clear and clutter free syntax with much-needed optimization as well.

Global functions, as well as nested functions, are also a part of closures. Closures take one of three forms:

The body of the closure is so compact, it can even be addressed on a single line. A combination of parentheses still covers the entire argument for the method. However, that argument is now an inline closure.

Swift’s Closures expression has been optimized well. These optimizations include:

Due to sorting closure is passed as an argument to a method, Swift can infer the types of its parameters and the type of the value it returns. The sorted(by:) method is being called on an array of strings, so its parameter must be a function of type (String, String) → Bool. Meaning that the (String, String) and Bool types do not need to be written as part of the closure expression’s definition. Because all these types can be inferred, the return arrow (→) and the parentheses around the names of the parameters can also be removed:

Single-expression closures can implicitly return the result of their single line expression by removing the return keyword from their declaration, as in the above previous example can be written as:

Swift automatically provides shorthand argument names to the inline closures, which can also be used to mention to the values of the closure’s arguments by the names $0, $1, $2, and so on.

In the above example, $0 and $1 refer to the closure’s first and second String arguments respectively.

So, the above previous example of sting-sorting function can be written outside of the sorted(by:) method’s parentheses as a trailing closure:

So, the conclusion is that trailing closures are most useful when the closure is sufficiently long that it is not possible to write it inline on a single line.

Let’s get better idea with the example of functions and closure.

Let’s explore the above example in a more expressive and dynamic way using closure. Below example is the function which returns closure.

Here you can implement your own custom logic or calculation in this closure and then use it through the function.

This way you can perform any operation on array data and get the expected result by just calling one line function.

Two ways, iPhone app developers can declare functions in swift. Either with the func keyword as demonstrated above Or with to use a “closure expression”.

Here is the double Value function from above, written using the closure expression syntax:

One more example here regarding closure and function.this is the more expressive and dynamic way to use closure.

Below example demonstrate that if need to replace “closure” text in all strings within an array with “function” then it can be easily done with closure rather than writing old function code that looping through the array.

To define tree node models, closure is the best way to approach it. See below example.

How to integrate Core NFC in iOS

How to Implement Remote Event Receiver in SharePoint Online 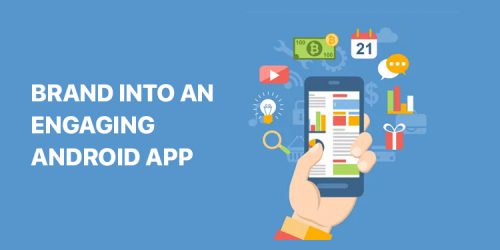 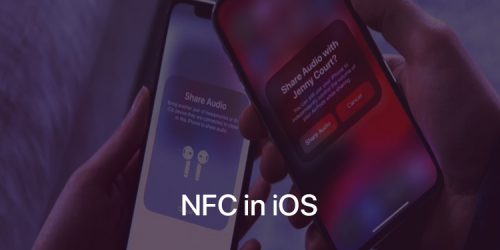 How to integrate Core NFC in iOS

NFC is the technology that permits two devices—like your phone or tablet and a payments terminal—to talk to each other... 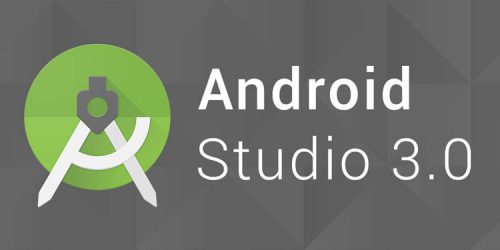