Remote Administration of SharePoint with PnP-PowerShell 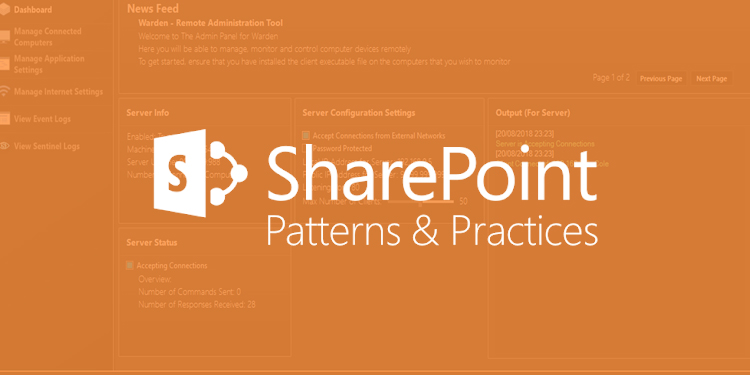 From the title of the blog, the first question comes in mind is “What is PowerShell?”

The answer is: It is an object-oriented automation engine and scripting language developed by Microsoft and built on the .Net framework. It has an interactive command-line shell where the user can execute commands to fulfill their tasks.

For on-premise servers: Sometimes client provides SharePoint administrator access of site but without remote desktop access connectivity so we cannot take RDP session to run PowerShell scripts for managing SharePoint sites. In this case, we can log in to one of the client’s machines which are connected to SharePoint farm domain and after that, we can run PnP-PowerShell cmdlets for SharePoint site management which is not possible with conventional PowerShell scripts.

PowerShell scripts are based on the .Net framework so for execution, they are highly dependable on Microsoft OS versions where PnP-PowerShell is platform independent which means the user can run cmdlets from their Mac or Linux machines to manage SharePoint sites.

Microsoft provides cmdlets for these 2 systems:

Commonly known as “SharePoint PnP Community” (PnP stands for Patterns and Practices) which is an open source initiative coordinated by the SharePoint engineering team. This community controls documentation, reusable controls and samples related to SharePoint development. Enthusiast developers or users can contribute their efforts in this community via GitHub. It is community driven open source project where Microsoft and external members can share their learning and implementation practices for Office, Office 365 and SharePoint servers. It was first started with guidance in the SharePoint add-in model and then evolves with other areas like SharePoint framework, Microsoft graph API, Office add-ins and Office 365 APIs.

Microsoft has already provided a library of PowerShell commands for SharePoint On-premise servers and SharePoint Online along with separate command-line Shell. The question appears in mind that “What is PnP-PowerShell and what is the use of it?”

Most amazing and facilitating feature of PnP-PowerShell is cross-platform execution. PowerShell cmdlets used for SharePoint before were Microsoft OS dependent but now, you can use PnP-PowerShell with different platforms like Mac and Linux.

One of the benefits behind CSOM commands for SharePoint On-premise servers is that an administrator can use cmdlets without logged-in to servers which means the administrator can access servers from any machine’s PowerShell command prompt which is connected with same domain in the same farm.

PnP-PowerShell provides something we can call “Context Switching”. For example, you are connected to the SharePoint Online site. Now you want to do some admin side operations. With old SharePoint Online cmdlets, you need to first close the connection for the current site and after that, you need to create the context to connect to admin site using different URL (i.e.: https://admin.sharepoint.com). With PnP-PowerShell cmdlets, you can easily connect to admin site without creating the new context or closing older context.

Note: After performing the required operations through PnP cmdlets, set the execution policy from “Remote signed” to the original one i.e. the output of the get-executionpolicy cmdlets.

If your main OS is Windows 10, or if you have PowerShellGet installed, you can run the following commands to install package according to your environment need:

Here are some warnings or error messages with workarounds you might face during installation:

Download setup files from releases. It will provide different setup file for SharePoint 2013, 2016 and SharePoint Online. Install it according to your server needs. After installation, you need to restart the open instance of PowerShell.

It will require at least PowerShell v3 installed in the machine. You can check the version of PowerShell by running $PSVersionTable.PSVersion.

To install the cmdlets you need to run below command, which will install PowerShell Package Management and modules from PowerShell Gallery.

Every month a release will be available for cmdlets. You can install the latest updated version using below commands:

You can check installed PnP-PowerShell versions with the following command: 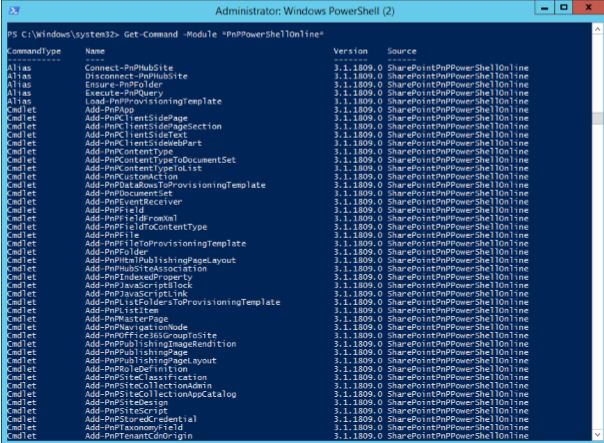 In 3.1.1809.0 version, there are 348 commands available to manage SharePoint Online.Create one custom list and perform CRUD operations 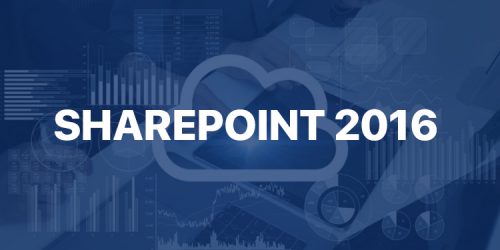 Introduction The Microsoft Search functionality provisions the end user to search a wide range of content like documents,...

Lately, we have been using collaboration tools depending on the type of communication. When it comes to Microsoft space,... 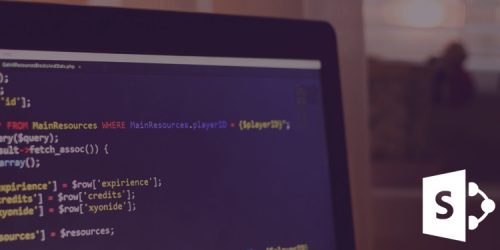 In the real world, the HR department is responsible in any organization to appoint new employee. Once he/she appoints any...